Ever did a sharper view of the slider pics?
Here you are: 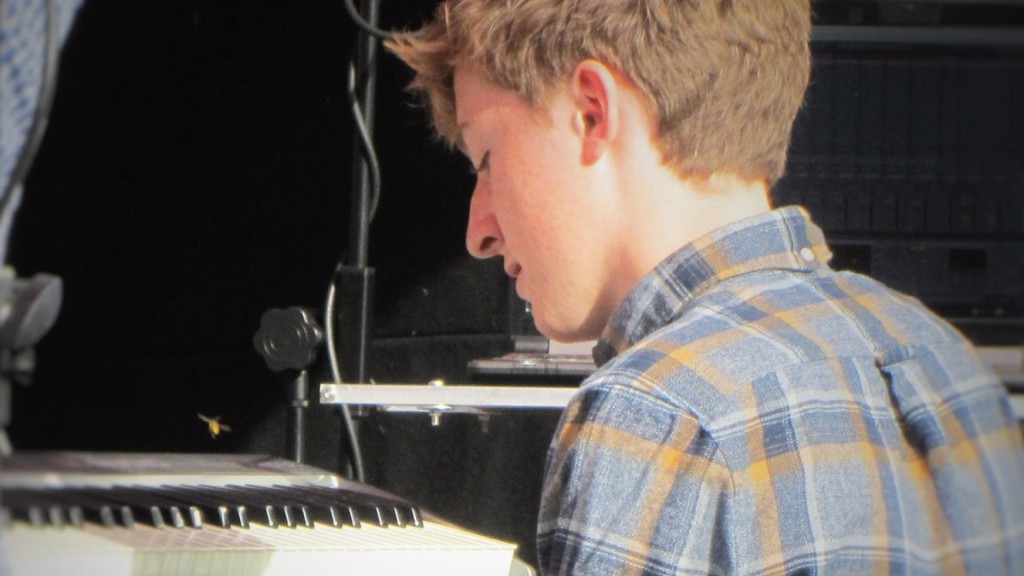 Nothing special seen?
OK, let’s have a closer look: 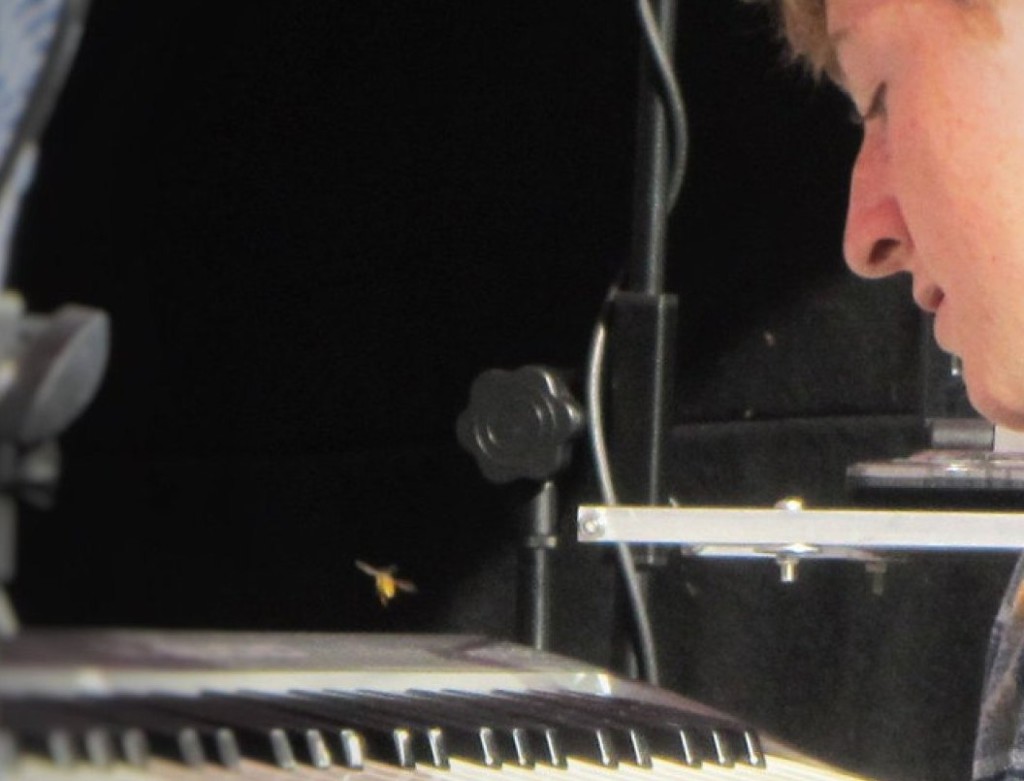 Still not yet seen? OK, let’s zoom in even more: 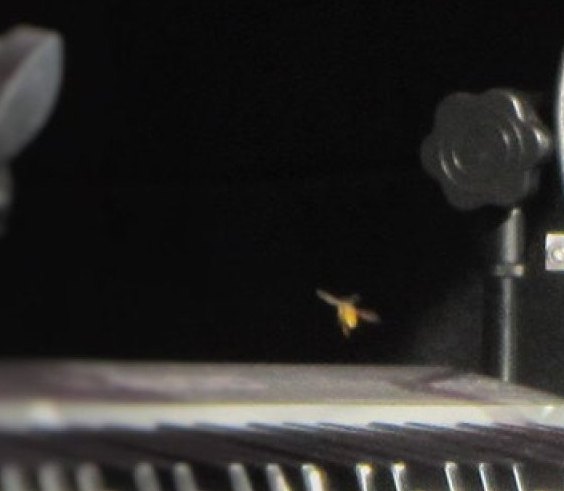 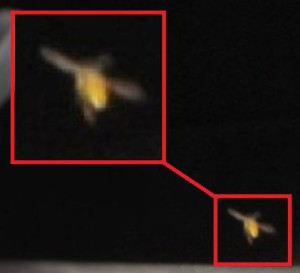 Ta daa!
OK, now let’s add the scientific description from Wikipedia:
The miraculous Dimble Bee is a rare subgenus of the Western Honey Bee. It’s correct name is Apis florea roberta dimblia.
The Dimble Bee favours more rainy and foggy climate zones, which means, there is only one with these criteria in the world: England.
Robert Dimbleby, the name giver, owns a sample of this genus as a domestic animal. Whenever Robert does a gig, he pulls a matchbox with this bee in from his bag.
Robert trained this animal to sting every person of the audience who did not applaude.
Another singular charcteristic of this bee is it’s noise: it buzzes with British accent.

By the way … this insect is not the only animal in Roberts household. A rare variety of the Central European Domestic Cat is the so called Dimblecat, with an extra big cultural area in it’s cerebral cortex: 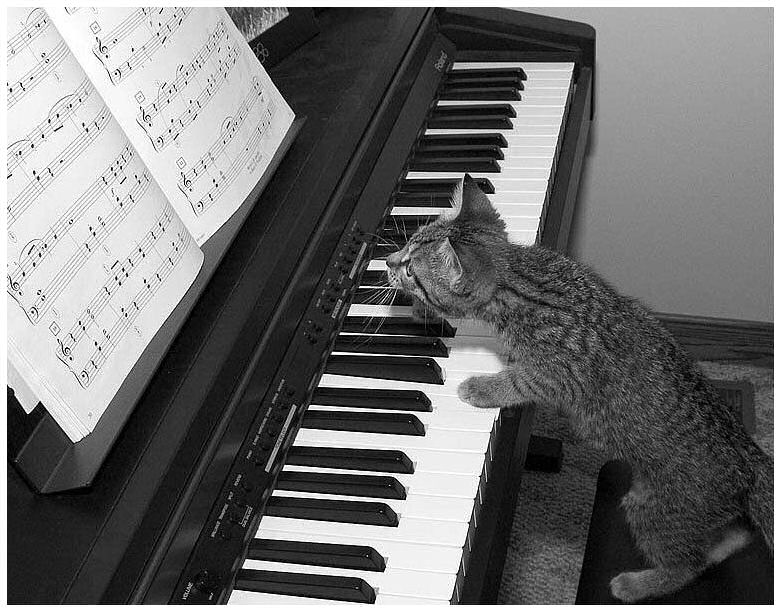 One more animal, Robert owns, is a quite cheeky parrot. Robert calls it the Dimbleparrot and trained that evil bird to prank his parents and drive them crazy, whenever they just have sit down: